Genre: Text: Guess the name of a fictional cat.
I can tell Lee is a massive fan of custom loaders as this is his third entry to have one, and what a lovely loader it is!  Just get a load of this screen:

It’s so alive anyway, but the way it fills the screen in a painting motion is heavenly.  Lee admits in his submission email that Henry’s Cat is more of a way to show off this loader than to write a cutting edge game, and can’t even remember writing it.  We can forgive this however, as it was originally done in 2006 when recreational drugs like elcid and paxmans were all the rage.


Now the game itself.  Henry’s Cat is a rather compact BASIC program in which you have to guess the name of Henry’s Cat.  For those not in the know this is based on the absolutely fantastic 1980’s cartoon series which also gave us Roobarb.

As the title screen suggests you have 20 goes to guess the name of Henry’s Cat.  Your first response might be to go straight to the horse’s mouth and ask Henry himself, but OH NO!  Henry has been incarcerated in a mental institute.  As the name is 10 letters long and each letter is found by the completely random RND command we have a 1 in 1.41e14 chance of randomly guessing the correct ‘name’ (assuming we forgo the usual custom and accept a name as a string of gobbledegook that is).


Bizarrely I managed to guess on my first go!  You may not be so lucky.

Tipshack: Admire the great loader, then watch Henry’s Cat and Roobarb on youtube with a warm feeling inside. 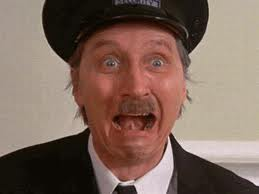